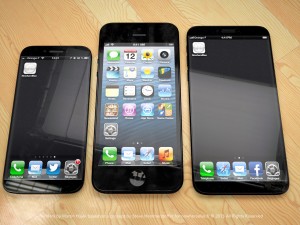 The rumor mill around Apple’s new products follows the seasons: it starts to warm up now and starts getting really hot in the summer. As winter has thawed we are seeing reports an Apple iPhone 5S and an iPhone 6 are planned for later this year. How reliable are the rumors? Any iPhone 5S or iPhone 6 rumors will get better as the summer goes on. If past rumors are any indication we’ll likely be seeing a new iPhone later this year even if it is an iPhone 5S and not a full iPhone 6 release. With the iPhone’s brand recognition a yearly iterative release of a new model, full version or minor version, seems almost inevitable as it is guaranteed to generate sales and press.

The iPhone 5S is currently rumored to have a new plastic casing instead of the aluminum casing it currently has. If it is anything like previous Apple plastic casing the iPhone 5S will likely need a protective case around it as the plastic maybe be lighter or more durable but also becomes noticeably scratched and worn over time. One advantage to Apple releasing an iPhone 5S as opposed to an iPhone 6 will be that an iPhone 5 case you have now will fit your a new iPhone 5S as previous “S” designs were simply enhanced versions of the previous model. As always with any Apple release there is no guarantee an iPhone 5S would have the same physical dimensions as the iPhone 5 but we’ll be on the lookout for any leaked iPhone 5S specs. While a June/July iPhone 5S release is rumored, and the leaks now fall in line with typical manufacturing lead times, it is still early in the rumor season and is too early to tell.