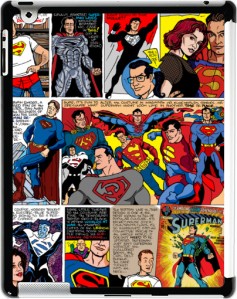 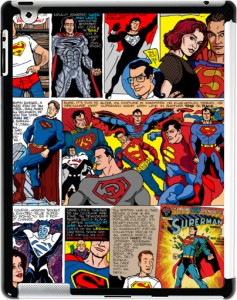 Keeping Comics in Our Lives

There are several reasons why people are fans of comics and why making them a part of our everyday lives, such as on a custom iPad case, can be a great idea.  First, the most plain and simple reason is because we love heroes or the “good guys”.  It’s hard not to love someone who spends his or her life saving the world.  Second, the creativity that goes into making a comic makes them that much more unique.  Not only does it take the creative skill as a writer, but it also takes the creative skill as an artist.  The third reason is how comics bring us back to childhood when life was much simpler.  Comic books are some of the few stories that can go on for several years.  You could read a Spiderman comic today that is part of the same story that you read when you where 10 years old.

Which Comic Will You Represent on Your Custom iPad Case?

The hardest part of creating your custom iPad case may be trying to decide which comic will have the honor of being on your case.  There are always the popular household names like Superman, Spider Man, and Batman to name a few.  Don’t feel limited to covering your case with only superheroes though.  You can’t forget about the classic comics like Archie’s Comics, Popeye the sailor man, or other comics that might have appeared in your Sunday newspaper. If you really want to get creative make your own comic and use that as your case design!