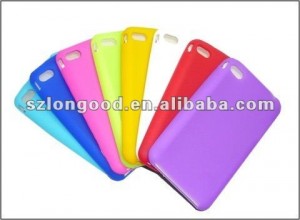 Recently TechCrunch released this article on iPhone 5 cases showing off a Chinese company offering bulk iPhone 5 cases.  One of the comments on that article mentions that these “iPhone 5” cases are likely for fake iPhone 5’s in China. [2]  There are always frequent reports of cases being available early as was the case with previous iPhones, iPods, and iPads.  Mostly the leaked designs are fake, and as Apple frequently releases new products in September you will frequently see links to iPhone 5 case designs going as far back as September of last year.

Don’t get caught up in the iPhone 5 hype and purchase a case that doesn’t fit! Most reports claim Apple will be releasing huge new upgrades with the iPhone 5, and that can mean case makers will have to do some retooling from any previous designs! This means almost all the cases and case designs leaked are fake or are generic teasers based off previous iPhone 5 rumors.  Here are some classic iPhone 5 rumors from last year when everyone was sure Apple would release the iPhone 5.